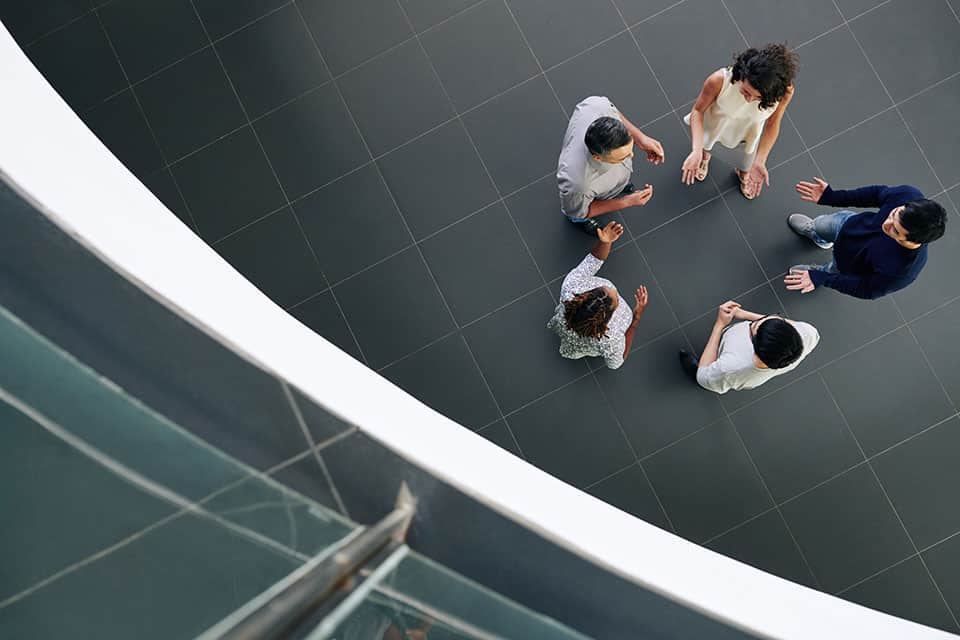 Calling someone demeaning names because you want them to be more respectful is ironic if not hypocritical. Most authors and speakers who discuss the people I refer to as no-BS executives, call them bullies, jerks, and a**holes to name a few.

As a Chief Operations Officer, an executive coach, and a Licensed Clinical Social Worker, most who have been given these negative labels do not want to hurt people. The truth is they have a warrior spirit that may be critical in our volatile, uncertain, complex, and ambiguous times. So why are these no-BS executives the way they are? There are two primary reasons.

1) The first is culture.

I grew up in a loud New York City family in a housing project that was built for returning World War II veterans. On a Saturday afternoon, I was playing stick ball with my friend in the playground. We decided to go to my house for lunch. As we got off the elevator, my friend said,

I asked why and he said, “Because your parents are fighting.”

I could clearly hear loud voices that sounded like yelling coming from my apartment all the way down the hall. I said, “It’s OK. They’re just talking to each other.”

As a coach, I’ve worked with executives from all over the world and found that what is considered appropriate, respectful and polite differs significantly from country to country. So, too, within countries.

Each of us comes from a family culture that has been shaped by the countries of origin of our families as well as our ethnic and religious background. In the United States there are certainly cultural differences in different parts of the country.

There is no excuse for disrespectful, abusive communication. However, if what is experienced as disrespect is partly dependent on the culture of the receiver, then is this not a diversity issue?

2) The second reason these no-BS executives are the way they are is due to their  purpose and mindset, or who they are as people.

There is a relatively small percentage of people (somewhere between 5 and 10%)  who actually take pleasure in hurting others and they show up across the entire range of gender identity. We tend to label them criminals, character disorders or sociopaths. Some of my executive coaching and therapist colleagues think it might be 15% or 20% at the upper levels of corporations.

But the majority of no-BS  executives do not want to hurt people. They are committed to and motivated by some combination of being the best, being right, achieving great things and serving others. This is true regardless of how long and arduous the project or mission. Even high performers wonder where  these  executives get the energy.

Often they react to what they perceive as lack of motivation or less then excellent results with impatience, annoyance and anger. People who are not as committed to being the best, being right, achieving great results, or serving others may experience these executives’ expectations as unreasonable, annoying or abrasive. And, of course, being imperfect human beings, these executives may cross the line into communicating with a disrespectful or bullying style.

For many high-driving, achievement-oriented people, mistakes and failure on projects trigger the same physiological response that is triggered if their life were to be threatened by someone holding a knife to their throat in a dark alley. This response was named by Hans Selye in the 1950s and is known today as the flight–freeze–flight response.

When the fight–freeze–flight response is triggered, the body is flooded with neurotransmitters, which prepare you to survive the attack by fighting, freezing or running. These neurotransmitters increase heart rate, respiration, and perspiration. The blood flows away from the surface of the body (creating cold hands and feet) as a survival mechanism if you are cut.

The part of the brain that engages in higher-level thinking, known as the prefrontal cortex, closes down so that you are operating on instinct, or the reptilian brain, which drives your most practiced or ingrained behavior patterns, whether or not they are effective responses in your environment.

The point is that in many cases, executives who are experienced as abrasive or bullies are exhibiting a defensive response to a real or imagined threat. That threat being poor or less than excellent results which threatens their self-esteem.

Rather than calling them names, perhaps understanding what drives them is in order. We need people in the workplace, and in society in general, with a high drive for being the best, being right, achieving great things and serving others.

Executives (and people in general) who are not skilled at managing their fight-freeze-flight response show up as annoying, abrasive, disrespectful or bullying. Conflict avoidant executives show up as lacking confidence or as dishonest.

The issue of abrasiveness is not a problem; It is a polarity which can also be thought of as a paradox or dilemma.

My first leadership mentor, Rick Kinyon, told me that success as a leader requires that you be aware of contradictory demands in the environment, satisfy them all and maintain your sanity. Below are some examples of contradictory messages, or polarities, that exist in all business and organizations:

For success, you have to address both, often cyclically.

Driving results, getting the right people on the team, addressing performance issues and holding people accountable are on one side of the polarity. Treating people with respect and compassion, having humility and the intention to protect people who can’t protect themselves are on the other. Both must be addressed. Doing only one creates negative results.

Highly driven leaders, or workplace warriors as I like to call them, take their teams and organizations to a higher level of success than most people can imagine. This means having high expectations, driving for success and holding people accountable, relentlessly. It also means creating the conditions where everyone can grow and improve. Rather than being quick to name call someone for certain types of behavior, maybe it’s time to look beyond the surface and see what is really going on. Maybe it is actually a workplace warrior doing his or her job.

Written by Jordan Goldrich. Have you read?