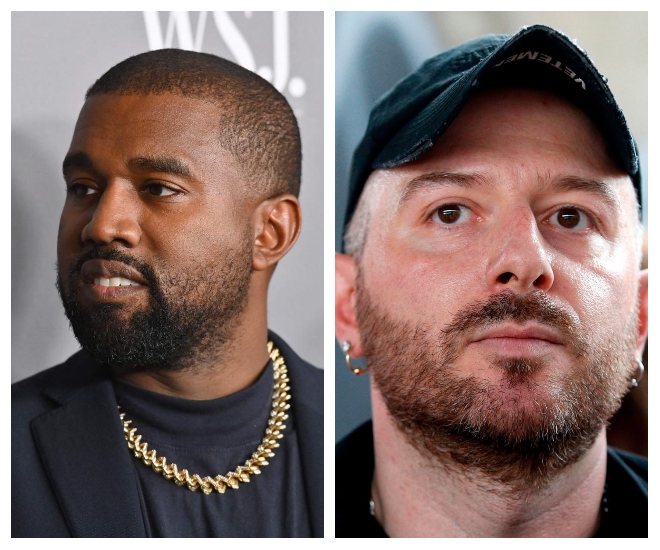 Friends-and-collaborators Ye and Demna, who were previously known by their full names, Kanye West and Demna Gvasalia, are joining forces for a project at Gap to take the American rapper’s line at the retail giant to new heights — called “Yeezy Gap Engineered by Balenciaga”.

The collection brings together the world-famous rapper and creative and the hottest high fashion brand in the world right now. Demna first took the world by storm with his debut couture collection for Balenciaga last July and his ready-to-wear follow-up, which was a mini-episode of The Simpsons.

Ye had signed a 10-year deal with Gap in 2020 and has attracted some serious levels of attention. The first Yeezy Gap product was a US$200 round puffer jacket launched last June and instantly crashed Gap’s website and sold out immediately after its release. It is now being sold for a premium on resale sites — a red one is on sale at resale platform Goat, for US$7,800.

Yeezy Gap also unveiled a new logo for the collaboration, grounded in black with the letters YZY in caps.

Speaking about the collaboration, Demna says: “This is a very different challenge. I’ve always appreciated the utilitarianism and the accessibility of Gap. I share some of the same sensibilities in my creative language. This project allowed me to join forces to create utilitarian fashion for all.”

The collection also underlines the friendship between Ye and Demna. Ye attended Demna’s couture debut for Balenciaga, which marked the brand’s return to the high-fashion after a 53-year absence. Demna soon after went on to be the creative director of release events for Ye’s latest album, “Donda”.

The first Yeezy Gap Engineered by Balenciaga drop is expected in June, with a second later in the year.

Fashion collaborations seem to be all the rage of late, from Prada and Adidas’ upcoming forum collaboration combining Prada’s Re-nylon and Adidas’ Three Stripes on its pieces, Fendi and Versace’s “brand swap” where the houses designed looks for each other, and Supreme and Tiffany & Co where two New York City native brands come together to celebrate its origins.